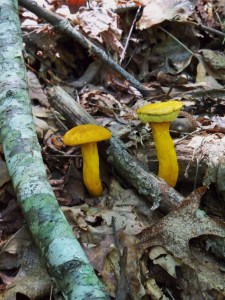 Gosh – it seems like people have gotten awfully edgy around here. That’s not a good sign. Not at all.

This is an experiment in opportunistic social action and cultural resistance to unconventional efforts to advocate. I am learning a lot and the implications are quite staggering. I am SO glad I started this Kickstarter Project – not that I have received any funding or anything…that is okay. I am unconventional in the most difficult sort of way: unintentionally… 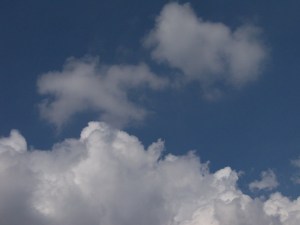 In spite of the screeching halt of any progress back to presumed normalcy, or – perhaps because of said halt – I am feeling hopeful and relieved that, finally, I have identified something I can do to help solve the problem.

I can be honest and I can be nice and I can talk to people and listen to ideas and perhaps, by example, teach that people are never problems to be solved, but possibilities that need to be accommodated and nurtured as part of mindful community development plans…which don’t need to be exclusionary or inaccessible in order to be legitimate.

I can keep drawing and start working on paintings and learn some new chords on banjo and just keep hangin’ in there, hopefully a little closer to sense. 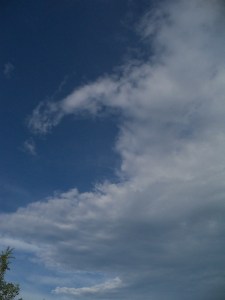 as long as I am making things and trying to to be honest and do what I am able to objectively discern may be closer to right than wrong for the greatest number of people – well…then I am doing fine. I am just happy to realize that if I had the chance, I could and I would calmly sit down with Mr. Beck and ask him why he feels like he needs to get everyone so upset. He is like blender between the far left and the far right and it all just becomes terribly confused. I would like to think that most folks are just more toward middlin’ in their politics and are likely about fed up with all the wasted energy time and money (so much money!) that political commentary seems to suck up. I don’t want to be a political commentator. Ever. I want to be a problem solver. The first problem I’d like to solve is that of political commentators and their counterproductive invectives, i.e. pointless rants. I like talking to people about important things.

I think I’d be a great problem solver. 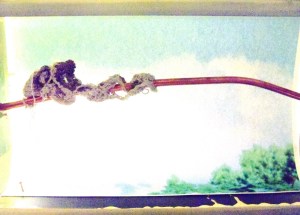 As one inclined to pointlessly rant myself, I understand the power of the burgeoning rant, how the sense lifts you like a wave and then *crash*splash*rant* 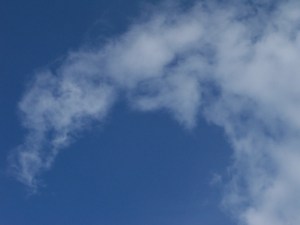 It is easy – when you feel strongly about something and people are cheering you on – well, I imagine that it feels almost transcendent almost righteous. It is not. If people walk away from you thinking about how angry they are rather than how hopeful they are – well, then something vital was missed.

To have an audience as wide as Mr. Beck does and to not be responsible in making sure that he is leading them – not just their votes, but their hearts – in the right direction…uhoh. Mr. Beck speaks often of God. I would not speak for anyone’s God – but, generally speaking…it seems unlikely that anyone’s force of the good and righteous would encourage a person to slander good people who are trying to do the right thing.

That is not a gracious way to behave, Mr. Beck. I hope we can talk at some point. 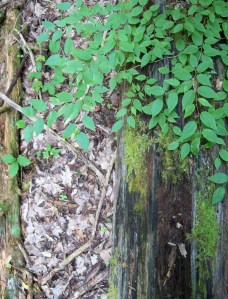 In the meantime, tomorrow we are leaving for the annual family beach trip to Folly. I am looking forward to it. A break from the clouds and the words. I will still be writing and updating – but with far less fervor than I have.

In addition to this year-end project/experiment in social isolation – I have recently started an issue-specific community blog to offer stakeholders (i.e. everyone who lives here) an opportunity to express their opinions, concerns, etc. about discrepancy in school uniform policy at the local alternative middle school. I am interested to see if any dialogue will be generated and if the online forum, designed for ease of use – will allow people who have a difficult time attending meetings to weigh in. Of course, the fact that the forum is online is in itself exclusionary, but I have encouraged community leaders to help to facilitate usage of the forum, as it is important to give people a chance to talk.

We’ll see. The nice thing is that I haven’t felt this engaged with the world since I was in college – over a decade ago. I have always liked ideas. I do get carried away. However, I think it is important that people have ideas, and that they get carried away. That is how change happens.

I hope that Mr. Beck accepts my invitation to talk. I think it would be very informative for everybody involved. Or at the least, entertaining – no agenda, no expected outcome, just two people talking about what might solve the problem…which has very little to do with people at all, but that which we created.

This is ridiculous. I just wanted to publish a zine of bloggage excerpts and now look what went and happened? I am trying to get on the Glenn Beck show. What happened? 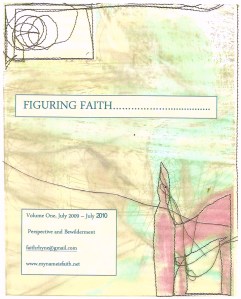 Well, I am certainly figuring it out…

Let me just say – I take solid opportunity for inquiry when I see it.

I think that I am pretty darn entertaining and enlightening as well…if only to myself. Really.

I think maybe Mr. Beck and I are related, but maybe not.

I think it would great fun to go speak with Mr. Beck about his ideas and solutions. Then maybe I could talk to him about my solution…which would work out beautifully for everyone.

The thing is, the US is a very new country and we have gone through ridiculous amounts of change in the past one hundred years.

How can our governments, as bloated as they are, be expected to manage our communities in a way that is realistic and flexible enough to accomodate the changing needs of local economies?

We need to stop spending money supporting corporations that don’t care for us. Spend our money locally and put any extra we have into Community Trusts that can be used to support the development of viable local economies mindfully designed to meet the unique needs of individual communities.

I am not proposing that we wholesale boycott big box stores…but that we work with corporations to identify practices that are parasitic to local economies and replace them with models of production and supply that are beneficial to the community.

An example would be if Wal-Mart phased out their lines of Chinese clothes and used the American Apparel approach to invest industry in communities with few natural resources and an excess of labor…if Wal-Mart agreed to help local agriculture by sourcing it’s produce responsibly.

Getting money back into American communities is not hard. We just have to talk about it. And then make sure we do it.

I appreciate your auto-acknowledgment and do hope that you are able to read my original letter, lengthy though it is.

I am serious. It is important. Plus, I really do want to know if we’re related!

With Sincere Thanks and Time for Your Consideration,

Thanks so much for the email. Due to the volume of mail this may be the only response you see.
While I do not always see it in a timely fashion I do try to read all of my mail. However, I average over 4000 letters a day and there is no way I can respond to most letters.
I am glad you are watching/listening and even though you may not see a response, I want you to know that I am listening as well.

yeah, yeah…here’s another email I sent out today:

hello and report of interesting findings

Hello – My name is Faith and I have been doing a lot of heavy writing and drawing and photography for the past year. The culmination of my weblog project (in which a 33 year old mother of two distracts herself from a tedious divorce with musings about the origins of artistic impulse, laundry, and – of course – drawing a picture everyday for a year.)

Well – it was supposed to culminate in a tidy little zine. Of course, nothing is tidy when you’re a 34 year old mother of two who started blogging and realized she’s a lot smarter than she’s been letting on and she has not been having near enough fun, quit her job and is now – valiantly – trying to prove a strong point on several issues :

1) We are all worthy of acknowledgment,
2) clouds can be the same twice,
3) it is damn near impossible to get anyone to take you seriously in American media – even if you have ample evidence that you are, indeed, quite serious. 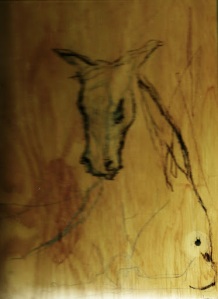 4) Nothing much has changed since the last time I paid attention, in the years prior to my kids being born.

I am a nice person who has been quite polite in my introductions and requests for feedback or commentary. I have received, from a number of different sectors, almost no acknowledgment for my efforts to be as amazing as I possibly can.

(Is it possible that I just suck terribly and nobody will tell me?) (Am I just too weird?) (That is definitely possible:)

Nonetheless, the more amazing I am, the more determined – it seems – people are to ignore me.

Fortunately, it is largely an experiment in dis-connection and media illusion and so my feelings aren’t terribly hurt by my galvanized hypothesis: that the internet, as a tool for productive and meaningful social engagement, is just as difficult to navigate as the 3-D world and that the same barriers to access exist, perhaps even more so.

It has been a fascinating year and has helped me to galvanize my thinking about where my energy is best spent. I am an artist and a writer, a natural social scientist and documentarian. Please feel free to peruse this year’s adventures in learning to draw a human hand and trying to find my place…

I appreciate your time. Really. 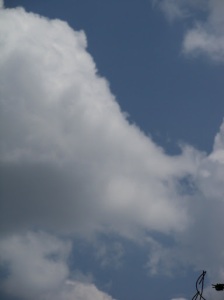