Note: still no measureable response. Am I that bad at this? I thought for sure someone would ask a meteorologist for me. Oh well. I have read some really awful blogs, and they seem to be doing just fine. (Shrugs) Oh well…thanks for reading, those who do:)

Kudos to the ASHEVILLE CITY MARKET! HOW COOL ARE THE TOKENS THEY GAVE TO LOCAL SERVICE AGENCIES? VERY COOL.

‘I have received 10 $5.00 market coupons to be used with an EBT card at
Asheville City Market on Charlotte St.. The tailgate market is from 8-1 on
Saturdays. If you know of a family using EBT cards (food stamp cards) please
let me know. We can figure out a way to get the coupon to them. This is late
but there are still some Saturdays in August.’

Also – saw on the front page of the Charlotte Observer that 119 Death Row inmates have filed for review with claims of racial bias in the handling of their case.

I didn’t even know we had so many people on death row in North Carolina.

Ach. Those are people, right now. 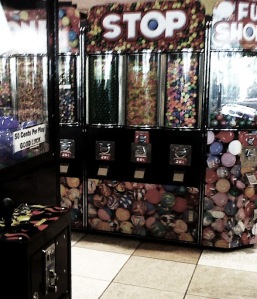 Well, today was just a day. Woke up early determined to record the quickest of songs…because, I wanted to play around with chords I was playing to cicadas.

The kids had spent the night in Fairview for the last sleepover of summer break and I hopped onto the 240 right at 8:45 am…a blur of cars hurrying to get somewhere. Somewhere on 74a I got an enormously happy feeling…couldn’t stop smiling and was singing aloud to the songs I was singing aloud to and feeling a little like there was some smooth segue into sense about to occur. 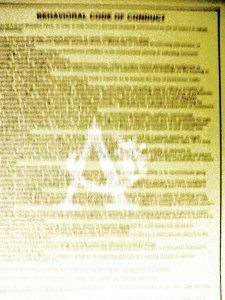 And then I picked up the kids and the boy was tired and listless – we finally managed to get out of the house at 5pm…and where did we go?

(I went to the mall. Where my children got a couple new pairs of pants for school and learned about where Cambodia is. We had a nice time, being experiential shoppers. I really don’t like the idea or process of shopping. Really don’t. I find it really tiring on a lot of levels.
To the extent that I am sort of weird.)

(The kids, I have noted, are delighted when I do things like say, “Where should we do school shopping?” So innocently asked. I knew goodwill was out of the question. The kids don’t like the goodwill smell, so slow to fade. To them the smell seems to equal = used. I don’t see why it is such a big deal if something is used. Used things are still plenty useful.)

“This store is horrible.” He moaned as his sister dismantled the leggings.

It was this that I was spacing out about it when I realized that the children had said, “The mall! Can we do the jumpy thing?”

Urgh. The mall. I will be cheerful, I told myself. “Yes! The mall. We haven’t been there in a while! Um…where are your pants?”

And so hours later we, get to the mall and I am thinking of my own voice singing, ’cause buying’s a sin’ – Urgh.

We made it out with sensible purchases…if you can call leggings screened with peace signs (probably by some tired young worker in some sweating factory on the edge of some stinking city…if you can call that sensible.

The reason clothes at Old Navy are so cheap is because they are made by children and exploited people.

Ew. I have supported oppression today, with my 60.00 purchase. Forgive me.

I think this icky puddle looks like a cloud. Just kidding.

In context, it is sensible. However, the context of American style is a bit senseless in and of itself. The mall-goes were tottering on thin wedge heels and their shorts were wicked short. The boys had shaved heads, as if they had gotten lice over the summer…and wore their pants low in the new way of rednecks. Tractor sittin’ style.

The Asheville Mall is mysteriously carpeted and smells like feet and chemical perfume.

What a weird scene. I was honest with the kids about Mom not going back to the mall for a while…I have done my part toward maintaining the ritualized schedule of American shopping.

Why do we shop so much? There are too many shoes.