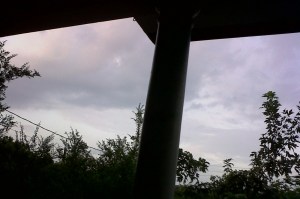 Note: The photos on this site were taken with one of the following devices, a Blackberry phone camera, an olympus FE-210, or a Kodak easyshare, busted lens piece of lightweight plastic something or other…it did have finer zoom than the olympus and, well…anything is better than a camera phone, right? (Oh, if you click on the picture to see an enlarged view, you will note the very clear ‘3’ right up in the sky…at least it looks like a 3. A lot of languages have a double-curvature vertical character, in Arabic it is an ‘ayn’ and looks like a ‘backwards’ ‘3’ – 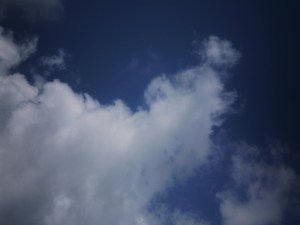 I’ll write one and scan it in later. I studied Arabic for four years, because my mother is 1/2 Lebanese and I liked the idea of writing from right to left. I got immeasurably smarter after I learned how to write in the direction opposite than that which I am accustomed. Well, maybe just a little. Smart enough to know that if anyone whose voice is heard ever did opt to consider the possibilities inherent in these clouds…well, some box-brained ninny would come along holdin’ my transcript and calling me a terrorist because I don’t trust global corporations…or something like that…which is ridiculous…if you want to talk about terrorists, start talking about corporations. 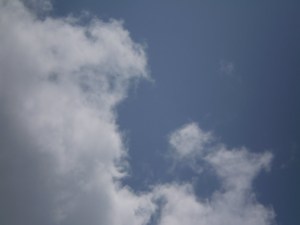 My transcripts are posted on this blog, as well as a psych eval. and various other proof of my walking and talkingness. I think the world would run much more smoothly with a policy of full disclosure. When ‘it’s not our concern’ or ‘those records are confidential, ma’am” – well, something is lost…trust. 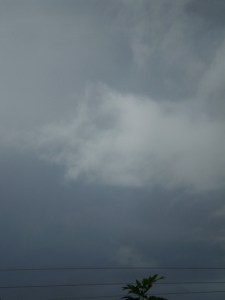 I also think that by hyper-segmenting corporate structures, the people who work for corporations are relieved of the burden of responsibility for the economic and social injustices – not to mention environmental…

“That’s not my department.”

I truly do not believe that most folks would, if you asked them, prefer to have their children’s clothing made by other kids in far away places. I don’t think most folks are super stoked about the economic disparity that is so apparent in our public schools…

“But, the problem is just so big…” 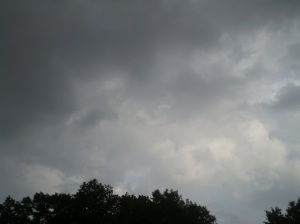 It sure is. The military industrial complex (yup, the same old one Eisenhower warned of) is, indeed, huge. It has added to it’s ranks the SocioCultural Complex and the Paternalistic Service Complex. Pretty darn big, for sure.

The lynch pin (no pun intended, at all) is corporate reign over our media and our environment, and corporate influence in our government. Private Industry should not be allowed to make contributions to political agendas. At all. It upsets the democratic process in fundamental ways. 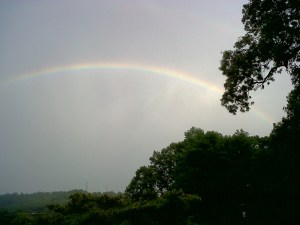 A Message to The Teenage Neighbor’s Father

Okay, here’s the deal. Last week, when it was so hot and we’d gotten back to the beach to all sorts of drama…well, I was sitting on the porch and thinking about how great it would be if I could somehow come up with a viral video.

I saw Him and Her drive up and I thought, “Hey! I should ask those guys to share my creepy accidental ghost video. They’re teenagers, teenagers like ghosts right?” (sorry, generalization…) 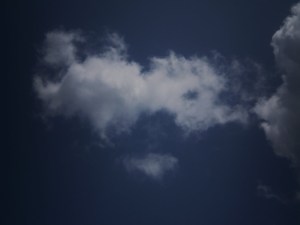 And so I asked ’em and they were like, “Okay.” and then I wrote them a note explaining that I wasn’t looking for cult figure status, but some sort of…I don’t know. I was in hurry to pick up the kids and it was sort of a mini-rant. I know I mentioned (nauseating pre-teen pop star).

I was pissed at adults, but I am sorry I asked your teenage daughter to launch me as a post-mod anti-pop hero of the underdog.

I really need to get a job. At Ingles, or something…

It was inappropriate and I apologize. Please feel free to share this with her. It didn’t seem like she was flipped out…but, still a grown-up is a grown-up…even if she sometimes can’t stand grown ups. 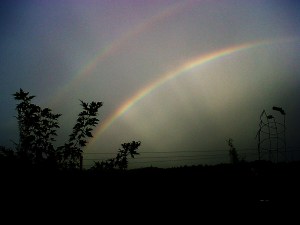 Yeah, she didn’t understand why you were apologizing or explaining yourself in your note, she said she ‘got it’ and was going to check out your site. One of the things I love most about her is her non-judgemental side – one that I’ve had to work on very hard with her.
She’s growing up so fast, but I have trust in her to be a good judge of character and people. I think she ‘gets you’.

Whew! I felt like both she and he ‘got it’ when I talked to them about how – as a mom – it has been really mindblowing to come out of the fog of tiny kid years and see that not only has nothing changed, things have just gotten disturbingly weird.

I am glad that you and she understand – I figured you did…but, I try to be aware of the different ways things can be interpreted and it occurred to me that perhaps you wouldn’t appreciate me telling your kid to check out my haunted tattoo video.

It’s the back tattoo…the big one. I figure that since I am anti sex culture, I can show my back. It’s just a back, as far as I am concerned. The crazy audio – I dunno what’s up with that. I was talking about reclaiming homemade promdresses from the goodwill bins and how I’d never seen my own back. (True.)

A rant on perception that turned into the creepiest video ever…

Kids dig it, right? I am trying to work whatever I got in some weird post-mod mythic struggle between truth, media, and culture.

So, I feel better having communicated with you about it. I trust her judgment, too and think she is an awesomely wise and grounded kid…nonetheless, you’re her dad, dude:)

My latest cell phone no longer rings (after one month:/) so – call the house # 252-1158 and let it ring. We can’t answer it because the house phone we have is busted opposite and rings, but doesn’t talk.

Sent from my Verizon Wireless BlackBerry

To all the peoples of the world, I once more give expression to America’s prayerful and continuing aspiration:

We pray that peoples of all faiths, all races, all nations, may have their great human needs satisfied; that those now denied opportunity shall come to enjoy it to the full; that all who yearn for freedom may experience its spiritual blessings; that those who have freedom will understand, also, its heavy responsibilities; that all who are insensitive to the needs of others will learn charity; that the scourges of poverty, disease and ignorance will be made to disappear from the earth, and that, in the goodness of time, all peoples will come to live together in a peace guaranteed by the binding force of mutual respect and love.

Um, guys -it’s like 50 years later and we really need to get to work on this…

Corporations are divisive and distracting and criminal in the lies they perpetuate about people and culture. Media co-opts stories of struggle to turn a pretty penny…and leaves the folks who are still struggling to scrounge for leftover popcorn behind the theater…it just ain’t right.

I am going to play some music. My thumb is still numb, but we get used to things fairly quickly.