*all images from 09/16/2010, you likely will see only ‘clouds’ – but that doesn’t mean I’m crazy, it means that you, my friends, may lack imagination. To look more closely at any photo, simply double click on it. 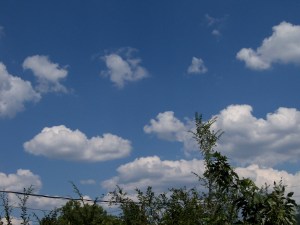 I read over some of my older posts, written at what I think of as the climactic point of supposed proof. I was awfully redundant, wasn’t I? Of course, I was just writing to keep writing, to take my mind off of good ol’ reality…

I think the thing that horrified me the most, the thing that prompted me to write ‘I’m scared’ so many times, was the fact that it became obvious to me that even in an ‘open-minded’ and ‘creative’ town such as this there are such strict rules in place in regard to perception and expression. When I tried to bounce ideas off of people – because I love ideas and think they are far more interesting than complaining about how stressed out we are or making dead small talk about truly false realities such as televised culture and because, in all honesty, I was fairly lonely with my thoughts…well, I found that most people chose to deem ideas (in spite of their potential for relevance) as evidence of some sort of delusion-based illness. I didn’t talk to many folks about my writing, just the few people I thought knew me well enough to take what they know about me as an intelligent, sensitive, and activism-oriented individual into consideration…

They didn’t. I may as well have been made out of cardboard. I felt like I was being made into a character I didn’t much like and so I opted to write myself here as some sort of visionary freakshow, as that was far more preferable than the lonelyconfusedsociallyisolatedfrustratedwoundedstray
that I felt I was becoming in my ‘real’ life.

Unless, of course, what you believe robs someone else of their dignity and sense of legitimate self-worth.

That, my friends, is not okay.

It worries me to think that I live in a world in which ideas are celebrated in concept, but scorned in fact. It was an awful realization, to find that people who present themselves as compassionate and curious could be so dense and ugly in regard to the mere suggestion that perhaps all these beliefs that wars are fought over could simply be stories about clouds and trees and birds…our spines quite forgotten in favor of old men with beards white and wispy…old ways of knowing twisted in the telling.

When I began thinking about the world and what was and is happening, of all that has occurred within just a hundred years…what a tragic mess we have made of the place and ourselves…well, that terrified me as well. It’s a scary world. Sitting on my front porch, I felt deeply sad that my kids and your kids and all kids will have to pay the price…and, admittedly, that fear and sadness edged into something akin to panic when I realized all the people who supposedly care and all the efforts supposedly being made are, for the most part, about as efficacious as using clouds to fight wars. I felt the weight of doom and it was heavy. 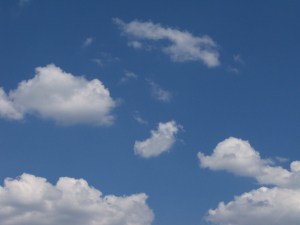 I don’t think that it means I’m crazy that I considered the possibility that some of us may be genetically inclined (our DNA is, after all, quite ancient) to be sky watchers or that maybe I was telekinetic in some way. I was trying to figure it all out, because that’s what curious minds do.

(I also thought it would be super cool if were telekinetic, because…well, telekinesis is pretty awesome.)

I recently found out that portions of my writing have been taken out of context and are being presented as evidence that I may have a severe mental illness. However, if you excerpt any broad body of work, chances are good that the picked apart bits may seem a little odd. Often, when drafting revisionist histories of people or cultures, isolated attributes (perceived negatively) are used to skew the perception away from holistic consideration.

“The only explanation is: You’re crazy!”

That, my friends, shows a disappointing lack of creativity on your behalf and is also quite cruel.

Perhaps it was that ugly and unfounded attitude that pushed me to think about why we see things the way we do and to seek solace in art and ideas? Whatever. It’s all subjective. Art, ideas, clouds, crazy…they only mean what we believe them to mean, don’t they? Yup.

I gained some fairly important insight into cultural psychopathology, theological intransigence, and just how difficult it will be for any appreciable shift in the dominant framework to occur. I also learned that art and inquiry projects can be used to socially slander, discredit, and malign people…still, in 2010, people are prone to attack concepts that they see as threatening or disruptive of their worldview, regardless of how those concepts are presented. I suppose that makes sense. People like to feel safe. What concerns me is that, so often, safety is an illusion…and a very dangerous one at that.

The primary problem with the phenomenon of modern ideological backlash is that we have, at this point in history, plenty of evidence that intolerance of people and ideas can be a treacherous force in forging our histories. Remember Hitler? Or all those numerous cultures that have been destroyed by self-righteous force? Remember Native Americans? 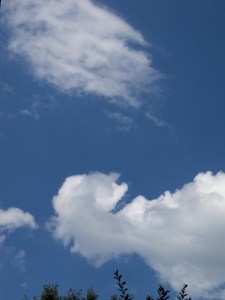 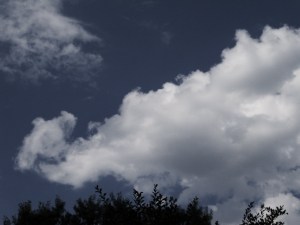