I am going to draw a picture today of two little mice. They chew through wires. Then the house burns down. 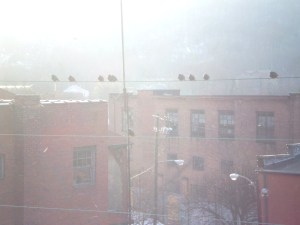 Well, that didn’t do what it was supposed to do.
http://voteforthenet.com/
37222 people have pledged to Vote for the Net.
37222 is one of my lucky numbers.
Clearly, open internet is important to the likes of me. However, there is plenty of talk about it and so I feel no need to put my two cents in.
…and, yet, here is my two cents:
I can’t stand the politics of information…any politics, really. In order for politics to even exist we have to reinforce the ways that we are different, so that we can then show how savvy we are (not) in negotiating those differences. Yeah, yeah…it is in politics that our world operates. Isn’t that disgusting?
That our world is built on the garbled words and ill-deeds of middle-aged men and women in uncomfortable suits. They don’t even, most of them, understand a thing about how the internet, Art, or communication even works. How incredibly rude that they attempt to “protect” us by silencing us…protect us from what?
Oh, yeah…them…the pirates, the terrorists, the government.
I had, partly as an experiment and partly because I just don’t care that much, no firewall for years. My name and email address were prominently listed, as was my phone number. I got two “viruses” and a number of silly emails from overseas saying that I had won money. I opened some of them and some were interesting. I probably got the viruses from one of them, but I was just so enchanted by how obviously fake these emails were…what would they do if someone wrote back? Would my identity get stolen? Good luck with that, folks. Have a great time trying to do anything with my lousy credit rating. Hahahahaha!
Anyway, my point is that no stranger has hurt me, nobody has shown up and hissed, “Hey! I read your blog.” – there really is very little to be afraid of if you’re not a total idiot, meaning that you fully understand the extent of the possible outcomes of your words and the information you provide and feel confident in your ability to handle those outcomes, should they arise…
I figure that, at this point, this weblog is periodically surveilled. Of course, I thought that last year, too. I had figured enough about algorithms and content flagging to realize that some things I had said, and people I had contacted, may have raised some eyebrows. I don’t take words back. I somewhat knew, yet was trying to figure out, what I was saying…and that I have, as a narrative artist, the right to do so.
Regardless of the when, why, and how this may have been brought to the attention of whomever…or nobody…well, frankly, I think it is pretty darned hilarious and very interesting.
I enjoy reading my words from the perspective of someone looking for incrimination or indication. Paradigms of indictment lead to strange and far-fetched assignations
(how’d you read that?) of meaning.
*******
I think I am going to draw a picture today of two little mice,
one named SOPA and one named PIPA.
They chew through wires and then the house burns down.