hope is a weapon 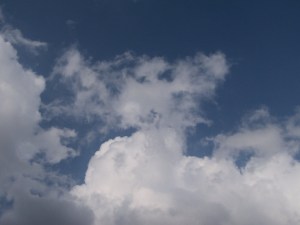 It was wonderful. I haven’t laughed too much lately. You know, it’s winter and I am still deconstructing my assumptions about the seriousness of winter. It hasn’t really been a very serious winter. In fact, the trees are already showing new growth. Their silhouettes look a little ragged at the seams.
A remarkable thing happened today. I became certain again. It happened this morning, as I was – again – pondering the impossibility and yet, over and over again, reckoning with the truth. I have checked my logic so many times and sometimes it does seem as if I may be forgetting something…but then I remember…another name, another facet, another image, another little bit of proof.
It has been a challenging month…or two…three?
…smooth sailing in comparison though.
I have been nagged lately by the need to figure. To me, figuring is a deeply enjoyable process. I started to re-learn it when I starting drawing again, when I started this weblog, in July 2009.
That seems like a hundred years ago.

Line by line and then I began to see every thing as something else, something more or something less, something kin or strange.

“How human it is to see a thing as something else.” That is from the book I was reading in the summer of 2000. I remember feeling a vast relief
when I read that line.
I was not alone.
I was, in fact, human.

All of this should’ve happened then…but, no…it shouldn’t have…and I got my just desserts. I have the scars to prove it.
Also, I have two amazing little people in my life whose faces look like mine and who see things as other things in myriad and delightful ways. I wouldn’t have them had I stayed in Athens, gone to Australia. Long story.
It is such a terrifically long story.
This morning I thought about remarkably likely it is that quite a bit of what is real to me is real to a number of other people and that what I have deduced to be Real is, in fact, quite REAL.
I use the term deduction intentionally, to denote the process by which I have reached my conclusions. I am something of an analyst by nature. However, I don’t have any formal training in analytics, except I do…sociology is full of analytics, as is history, and Arabic, and education.
Formal methodology is not my strong suit. I find it dull and claustrophobic.
That’s why I like the idea of postmodern (de)constructivism. I don’t even know what it means. Actually, it means nothing. Except that it does: to take something apart however you see fit and to then construct a new understanding of whatever it is that you find amidst the rubble and spare parts. What is rubble? What is spare?
That depends entirely on your perspective. Which depends entirely on your reality. Which depends on the following factors:
Neurology
Experience
Media Exposure
Thus, the treasure of one can be the folly of all.
It is for this reason that I consider myself an outlier. I find beauty in the most pointless things…because I like challenges and because it is always such a nice little moment when I find the point in the seemingly pointless.
So, yes – it would seem quite mad if I were to state the whole truth as I understand it in my bones. People forget that I don’t forget. I may not remember at the moment I need to remember, but I always remember eventually. Thus, I’ve been able to weave quite the fantastic TRUE story.
Documented.
I have reason to believe that even the most far-fetched of my reasonings are quite possibly very real. Yes, by the way, I do understand that under certain rubrics such mention may be deemed delusion. I am well aware of the difference between shared reality and the internal realities that we maintain to comfort ourselves, for better or for worse. I am also quite keen on the dangers involved in responding emotionally to near-preposterous analytic conjecture.
In other words, I know what is Real.
(All of this is happening now.)
Today it occurred to me that I might, under the NDAA, get in trouble. For things I wrote last year, for things I wrote last week…? Which is totally stupid because I am obviously toying with the mechanics of linguistics and I often acknowledge such manipulation of language, meaning, and ironic content at the time “belligerent” statements are made.
Okay. So, here’s the situation. Esther Manheimer found a yellow folder. On that folder was written ‘hope is a weapon’ – she also found a really nice water bottle. I am going by City Hall on Monday to pick them up.
So, yes. It is entirely possible that the strange-ish letter I had in the folder may have been a bit unfortunate as far as possibly making it seem like I was up to something. This is the phrase that would’ve caught their eye: “Why would I ‘get in trouble’ for being your friend? …maybe you should just tell me everything.”
Yeah, I know, crime drama central. That’s what I thought when I read it. It’s true, I did suggest that being my friend may lead to negative consequences. Because I speak in revolutionary terms at times. It occurred to me that if a prison guard read my letters and figured out that I was involved with Occupy (as an intelligent and nonviolent person who offers her support in ways that she is able) well, I thought he might give my penpal a hard time because of politics and power on Death Row.
If you knew me much, you’d know more about said penpal.
So, yes, I heard Homeland Security was at Occupy Congress events.
Even here…though that may be a rumor.
How sad that I should even have to think about all the explaining I’d have to do if I were pulled in for questioning. It is true. I have been pushing buttons lately. Oops. There goes another one. I meant I’d been intentionally triggering paranoid assumptions that confuse activism with other isms and deem poets to be criminals.
I am fully aware of every possible interpretation of every word I write.
Check your reaction. What does it say about you?
I think of it all as interactive Art. Interactionism and Temporalism, since part of my mechanism is futurist anachronism.
I just made that up.
“Why!” My mother would howl. “Couldn’t you have just done something else to help the revolution! Dammit, Faith! Why did you have to…”
“What? Tell the truth.”
I do not want the world to be how it is.
I want it to be better.
Sometimes, in order for it to be better, things must be discussed.
Sadly, sometimes the only way to initiate solution oriented discussion is to create a problem.
I don’t like to create problems. I like to create realities. Thus, I figure I am an artist of some sort.
I have managed to create a verifiable reality for myself that is absolutely outlandish. Or totally mundane. No. A yellow folder, hope is a weapon, mailed from central prison, a flyer for a radical mental health (soft) collective I am trying to get going, some very lousy notes in which I try to explain some things and don’t articulate myself well. An old printout on Sanskrit. A cheesy article on Atmokinesis, or cloud calling.

Yes, all quite real and all quite innocent, given who I am and why I do anything. I want the world to be a better place for kids…and old people. Really. Why in the world would anyoneanyoneanyone be cynical about that. It is a no-brainer, the simple hearted idea that perhaps we might should give a shit.
Unfortunately, I am – due to systemic orchestration and my own total fuck ups – really quite powerless. The only thing I can do to process the frustration of watching my kids grow up in a systemic trainwreck fostered by lies, deceit, and manipulation, is to do what I do…which is whatever I can, as clumsy as it may seem.
I know exactly what I am doing and, believe me, I know when I have screwed up.
However, my speciality is salvage.