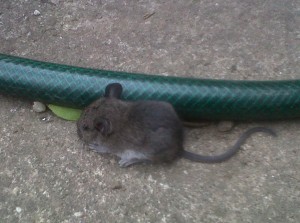 In other news, I walked down to feed the guinea pig and was delighted and then dismayed and then confused to find this cute little mouse tucked in by the garden hose at the bottom of the stairs.
I thought it may have been stunned into still terror by my heavy morning footsteps coming down. I expected it to dash off skittering and swift as I moved my hand toward it. It didn’t move. It was stone cold. Eyes open and paws perfectly nestled, head held as if alert, spine tensed and looking ready to run in that nervous hunched way that mice hold their spines. 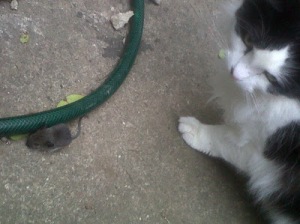 I guess sometimes things that are dead can look very much alive. Still, what’s up with that?
Thus comes the thinking of signs and omens. What does it mean? Nothing. It’s doubtful that it means nothing. Everythingeverythingeverything means something. It seems curious to me that a mouse would die such a watchful death at the foot of my door.
Maybe it had a heart attack? 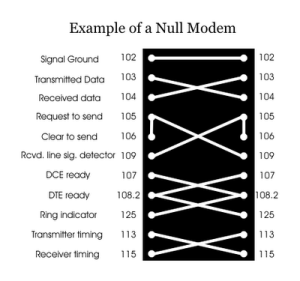 not my graphic
Last night I had a dream about rats. There were a lot of them and their tails had the strange red-gold color when they ran further into the dark.
Bubonic plague, anyone?
***

FYI: this is all over the place and probably doesn’t need to be a Rec. View comment, but I wrote it as such and so here.

I think most American women would tell you that many American men have been pushing the Sex Robot agenda for a while now.

However, they want their Sex Robots to be real women.

It’s more fun for sadist narcissists to destroy the humanity of a real live woman and force her – through domesticated psyops (often termed abuse) – to compromise her own values, feelings, comforts and pleasures in order to adhere to the expectations of twentieth century middle class American marriage…a framework that inherently denies people their human rights.

…like the right to not have to have intercourse three times a day in order to avoid a lecture about how insufficient you are.

As a side note, I think it would be wise to shy from using the blanket term “psychopath” – as it is somewhat loaded in broad-brush mental health stigma.

Perhaps the term narcissist or sadist could be considered for those who enjoy stripping other people of their human rights through complicated rituals of power and harm?

***
The degree of utter and inhuman sickness that allows a Group of Men to systematically destroy entire human populations is worthy of a big word…a word just for them, a word that resonates and makes clear that we have a big problem when a Group of Men like this even exists…a word that inspires us to Wake Up and Fight.*

*in as non-violent a manner as possible.

In this case, we just have to quit buying their shit and letting their bad ideas become our realities. We dis-invest. They can’t force us to buy things, can they? Not reasonably.

That is where Mind Control comes in.

Even with my basic understanding of media and neurophysiology/psychology, I can tell you that when we are exposed to any stimuli, our brains react by producing hormones/neurotransmitters. It’s all very complicated. Except it’s not. We are being puppeted by fear and desire, lulled by over-stimulation. Lights and sound affect our state of consciousness.

They figured this out post-WW1.

It is for this reason that I cannot go into a Wal-Mart for more than approximately 3 minutes. It makes me feel sick and tired. For some people though, it feels just like home. They like it. They are functionally sick and tired. Which is a shame. Most of them only vaguely remember what it was like before stores made you feel something. When they were just places you went because that’s where you got what was on your list. If you felt anything, you felt good because you knew the person at the counter and had known them for years and it was good to see them, to support their business.

In my hometown, there were several stores. Rowland’s – a grocery store, Bennett’s – the drug store, Wright & Evan’s – hardware, The Village Store – clothing and shoes. There were others, too. Addy’s – tires and gasoline, some convenience stores called the Swanee Swifty (sic). A couple of gift shops downtown. There were produce and seafood markets scattered around the county. We’d go to Kingsland to get fish, if we hadn’t caught them ourselves. We had a huge garden, hens, and a river.

…and then we didn’t. The river was still there, but we stopped fishing. It took too long to catch anything.

There weren’t as many fish. We sold the land to pay the taxes, lost a lot of it. We started shopping at the new Wal-Mart. It was just easier.

It was around this time that I began to lose.my.freaking.mind over what happened to my hometown when the Navy came and built a base.

This Group of Men will indeed change the course of life on Earth…look what they’ve managed to do in just One Hundred Years…since the talks about the Federal Reserve, the beginning of World War 1 over something that happened at a Parade.

That’s the only word I can think of right now.

***
Seriously though, we need a word that makes it clear exactly who we’re talking about and how important it is that we defeat them in whatever way possible.*

*non-violently. Though when people are fighting for their lives and the lives of their children, things do tend to get a little violent at times…like when people are killed and brutalized for trying to stand up for the future of this world as we know it.

Yes, we need a word for that Group of Men.

3
What is the word for something
dead that seems alive?