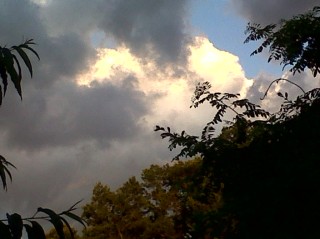 The Pathology of Grace
Why is it that states relating to grace, if not expressed within the codified norms of religious decorum, are sometimes pathologized as mental illnesses?
There is increasing literature on the role of madness in profound spirituality and yet we continue to diagnosis a sense of divine (albeit at times confused) purpose as a mental illness, a grand delusion. Our most raw and real experiences are often designated as false realities that require medication that dull one’s ability to really feel much of anything akin to belief.
Why is that? Across the world and the span of written history, the whole point of our whole entire life on this planet has been presented as being to find a connection to something bigger than we are and, through that, to find our place in the world.
Many people describe their experiences within psychosis as being transformative, divine even, though sometimes frightening within the trauma-laden frameworks of our lives and our powerlessness in effectively conveying what we are inspired to convey. At times, in seeking to understand our experiences – often with very little support – we become confused, it’s true.
Human beings often get confused.
It has something to do, perhaps, with how we process information, what meanings thing hold and how we feel in the space between our truth and the truth as it is told.
Many people have been deemed worthless within stigma-driven societal constructs, such as “homeless” or “mentally ill.” These schematic characterizations are loaded with assumptions about the core of a person’s character. People are, within these frameworks of external identity, seen to be unreliable and lacking credibility.
“Do you want to discuss the content of what you’re thinking about?”
“I…I had some experiences and…there are some dark forces…and some…some beings…if I can’t break away from the dark forces there’ll be…a catastrophe. The world will end.”
That sounds pretty cra*y, huh? Yet, how many people have ever considered what it might feel like to believe that the world is a battleground of good and evil and that the fidelity of our souls as we experience them somehow carries the weight of the world?
This is actually a fairly common theme in many systems of belief, that the salvation of the world lies within the salvation of our souls. Similarly, there is ample belief in beings, such as angels and demons and saints and sinners. The world is full of beings. We’re called humans.
“I never…I never talk to anyone about this.”
“You don’t know how it feels.”
Often, there is no safe space for people to process their experience of symptoms associated with psychosis. Within psychotic content there are often elements of a world unseen, a world that communicates through radio and synchronicity, a world that gives clues and indications…a world that can be both terrifying and beautiful, full of meaning both horrible and exalted.
Hasn’t it always been like this? We are a part of the world as it has always been.
______________________________________________________________________________

This is a vignette…

“That looks like…I don’t know. When does the moon come up?”

She leaned over and looked up, catching the dragon in the clouds, breathing fire on the trees. “I have to take a picture.” She reached for the phone, stood up, leaned over the edge of the rail-less porch.
She’d knocked the porch rail out a few years ago. It blocked her view. Now, her view was blocked by volunteer maples and a hedge gone-to-tall. She didn’t have the heart or the energy to cut any of it down. It was all greener than green.
“You know,” she glanced at the girl who rented the yellow room upstairs, home from a three day absence, “there is something I need to disclose.” She was grinning.
“Does it have anything to do with taking pictures with phones?”
Laughing, “It has everything to do with taking pictures with phones.”
She took a picture, sat down. “Look, a fire-breathing dragon.” She showed the picture.

“That’s not that bad, actually,” said the yellow room girl.

She started talking. “I…started noticing patterns that weren’t the usual patterns. They weren’t shapes that clouds usually make and so I started to document it.”
The yellow room girl turned, “Wait…you documented it?”
“Yeah, I have about 3,000 pictures of clouds from 2010.” She started talking faster. “I noticed that there were patterns and that…well, it also has to do with environmental geomagnetism and electrical frequencies and what I noticed is that sometimes when I watched the clouds I felt…grace…wait, it’s because all frequencies have characteristics and certain frequencies move in certain ways and so when a certain frequency is prominent, like 528Hz or something, patterns arise and are reflected responsively in the environment, because all of this…”
She swept her arm wide and sounded rueful, “All of this is electric.”
She pictured the electrical field of the trees across the street, the trees that took the shape of a snake and a woman in the growth of their leaves, the spread of their branches.
“I wrote it all as it was happening. It’s totally absurd…” She kept talking, with laughter in her voice, she could not stop talking. “It’s simple. Everything is connected and when certain characteristics or forces are active, we feel it and the world reacts and if we care to notice we can see it. So, yeah…that sort of changed my thinking about a lot of things. For a minute, I…”
“The people used to watch the world because there was nothing else to watch. They felt things that they had to pay attention to, life and death. They told stories about what they saw, gave power and meaning to the shapes of clouds and rivers.”

She burst out, started laughing, “This sounds crazy.” She could laugh because she knew that it was not crazy.
“It actually makes sense…”
“Yeah, it totally makes sense.”
Her hands began making shapes and cutting angles into the sky. “Because these are universal frequencies, the shapes are the same, the patterns are the same. I saw elements of every written human language and all sorts of stories. They told the stories the best they could, to try to understand and the stories were told different depending one where people lived and what was happening there.”
She sat back, unsettled for the first time in a long time by the truth of it. “So, yeah, that sort of destroyed the past five thousand years of human history for me.”
She thought about all that time, about how, in the history of the world, five thousand years wasn’t very long at all.

She spoke strongly and she felt righteous and it felt good. She understood how people could get carried with feeling that they know something.

The woman started to laugh. “It’s so absurd! It’s just totally ridiculous.”
They were laughing on the porch about how the woman had proved God to herself. “I mean, I at least proved something that could be interpreted as God.”
“Yeah,” the yellow room girl looked at the sky, “you did.”

That was all it took. “So, doesn’t it seem that if our entire consciousness is based in electricity – which it is – it’s all signal and code. We give meaning to our world as we experience things. We learn what to feel in response to certain things and so doesn’t it seem that since we are a species that has electrical components…because everything that is alive has electricity…doesn’t it seem like some of us might be more inclined to feel shifts and tendencies in the environmental electrical realm and since we live in…a dull world, a flat world, a world that has been constructed to deny people and to profit from the oppression of their humanity…people are left with no understanding of their experience.”

She took a breath, “I figured it out. I took apart every bad idea that this world was built on.”
She was aware that she sounded quite mad. She was okay with that. “They’re not complicated ideas. I figured how fascism works and I figured out how fear works and I figured out how they are used to manipulate our understanding of what it means to be human.”
“So, yeah…” her head was whirring with the scope of it. She was gestalt. “I don’t know what to do with any of it, but I do know that…”
She felt tired. “I wrote it all down, as it was happening.” She offered this as an explanation.
She was quiet for a minute. “Did you know that I really did try to join the Illuminati?”
“At that point, I thought for sure that someone was orchestrating it, that someone was in on it…and I was like, ‘Listen if you’re the ones in charge of everything, we need to talk ’cause there are some problems. Plus I wanted to see what it was like to try to join the Illuminati. It’s all a big experiment.”
They laughed. Then she got serious, “Yeah, somebody has to do something about this situation. It’s like the Anti-Enlightenment.”
“I didn’t get very far with joining the Illuminati, but I had a nice penpal from Serbia for a while, who may or may not have been in the Young Freemasons.” She delighted in the story she’d created for herself, delighted in it’s reality.
“It’s all real.” She smiled.
Then she stopped smiling, “I’m on lists. I know I’m on lists.” She turned to face the girl. “It’s alright though, because I already lived through the reality of being on lists when I probably wasn’t on lists. I sort of figured ways to handle being on lists. Then I started intentionally trying to draw surveillance because I wanted them to pay attention, because I wanted to talk to them and they really…they really…”
She wanted to say that they didn’t know what to make of her, but her legs were shaking and she knew what they could make of her.
She felt sick and the yellow room girl was quiet. “You know it’s actually not that paranoid.”
“I know.”
Note: She and the girl who rents the yellow room talked about how she should do spoken word about the mechanics of grace and the virtues of revolution and how the world works. “Yeah, the only problem would be that if I talked about any of this, people would just say I’m manic.”

Give me a break.
It’s all real life and in addition to writing this, I went to work and then I went to volunteer, then I did a presentation at a local mental health resource center. For all of these activities, I was completely and calmly present and appropriate.  It was the children’s last day of the 2nd and 3rd grade.
So, if it all seems a bit much, rest assured, it is.
Goodnight.