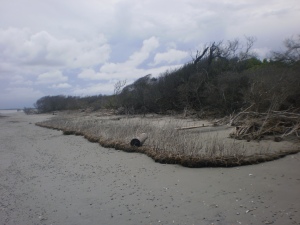 In my work as a Peer, I have asked the question, “What does recovery mean to you?” many, many times. The answer is always different, and rightfully so, because everyone’s idea of wellness varies so much. However, there are some common themes that do come up.

Some people express that, to them, recovery is the process of healing from pain, so that they do not have to struggle to cope with the effects of that pain. Others have concluded that recovery involves making distinct positive changes in their lives, such as not using drugs or alcohol anymore. For some people, recovery means simply feeling better about themselves in the midst of their challenges or finding a combination of medications that dampen the difficult parts of their experience.

Some people believe that recovery entails achieving a state of being and function in which they no longer experience symptoms, a wellness that is characterized by no longer meeting the criteria that defined them as having a disorder. For some, recovery is “being normal.”

In my own recovery, I have considered this question carefully, knowing that the answer would inform me of not only who I am, but how I see myself. I have been very cautious in shaping my recovery goals and have found that, nowhere within them, is the desire to “live without symptoms.” The reason for this is that, in my recovery, I have come to realize that my “symptoms” are part and parcel of who I am and that what I make of them, how I respond to them and how I think about them, is far more important than the fact that I have them. I have no desire to be “symptom free,” but I have had to gain some understanding about what makes these “symptoms” challenging to me and to learn ways to manage my experience in a way that doesn’t endlessly tangle my feet or keep me from doing things that are important to me.

For many years, my lofty ideas and wild flights of fancy, my deep sensitivities and personal perspectives, the sometimes crushing weight of my emotional reality, even my moral commitment to issues of justice, all of this was considered to be symptomatic of something that is “wrong” about me, something that needed to be fixed and yet could not be cured. In my experience with psychiatry, I was told that these ways of experiencing the world and thinking about it were an “illness,” that something at the core of me, in my brain and in my heart, was deeply flawed.

In many ways, I am recovering from that misinformation and the effects that it had on my sense of self and place in the world. My disorder, diagnosed as bipolar 1, severe with psychotic features, has disrupted my life. However, it has also given me a great deal of valuable experience and insight into the nature of my humanity and has led me to important realizations that I am certain I never would have even come upon if I were neurotypical.

The truth of the matter is that my disorder has disrupted my life far less that what was made of it, far less than the people who chose to view my experiences as an “illness” that required forced treatment and was deserving of pity, scorn, and many other withering and harmful responses by caregivers, community, and the culture I live in.

In my recovery, I have come to understand that my way of experiencing the world is different, and, it’s true, I am incurable. However, I have no desire to be cured of myself.

Because I was diagnosed young, I failed to develop an affirmed sense of myself outside of what I was told about who I was and what motivated my reality. For many years, I was required to compromise my values and manipulate my communications, often second-guessing the legitimacy of my feelings in order to gain the approval of people that purportedly cared for me, in a sad effort to avoid being seen as “weak,” “sick,” “pathetic,” “manipulative,” “immature,” and “irresponsible.”

For many years, even within defiant subcultures, I wanted badly to be at least somewhat “normal” and the pressure to fit nicely within  established rubrics – whether built by biopsychiatry or by the ironically modernist lines drawn in radical scenes – led me to badly neglect the truth of who I am, a person who doesn’t fit anywhere and yet somehow fits everywhere as the person who doesn’t fit anywhere.

The social and emotional stress of trying to fit myself within the lines of acceptable behavior and expression which were put forth were a tremendous force in my life and, I now realize, created much of the pain and insecurity that drove my most dangerous and self-destructive extreme states. Like anyone, I wanted to belong somewhere and, with people, I never quite belonged and I knew this.

The diminishing terms of the established constructs of appropriate identity were always a point of significant internal conflict for me, because I was smart and because I had very strong principles from a young age. I found I could not stand up for myself when people treated me poorly, judged me, and pressured me – because doing so would be seen as aberrant behavior (spurned by “my disorder” or the social supposition – often made by men – that I was simply “fucked up”) and would make me vulnerable to what I experienced as punishment, exclusion at the best, restraint at the worst. Because I had read the words of so many feminists and revolutionaries, I felt that I was a traitor to myself and this added significantly to the anguish of it all. In many ways, I lived in a classic double-bind for over 20 years.

In my recovery, I have determined that I have always been simply who I am and that it is vital to me to be myself, regardless of whether or not it makes sense to other people, or whether they like me or don’t like me, whether or not I fit in.

I often wonder what my life might be like if I’d had the courage earlier to cut ties and scrap my way out into the world, confident and assured of my autonomous worth as person. I did make efforts toward that end, forging strong new directions every few years. However, I always stumbled, left a party crying for no reason, quit a job, said the wrong thing at the wrong time, lost another set of friends for reasons I didn’t understand.

I always ended up right back where I started, trying to explain that I was sorry, that I would try harder next time.

In regard to my supposed disorder, I  never quite believed in the constructs I was placed within, never really embraced “bipolar” as something true about me. I didn’t like the people who first called me that and I didn’t trust them, so I always questioned it. However, I took the medication because I had to, and I went to the appointments because I had to and then, as I got older, because I simply did not know what else to do.

Still, I never fully bought it, because I didn’t like what they made it mean or what it had brought into my life. I didn’t identify myself with my diagnosis. I just quietly lived in the shadow of ideas that didn’t seem quite right to me and, on and off, I denied the whole thing for many years, in spite of the fact that I was obviously impacted by neurodivergence and I struggled to keep myself on an even keel. When I failed to manage my experience well, because I was not given access to any real understanding of how I might begin to do that, I personalized those failures, never blaming the “disorder,” because I didn’t want a disorder.  Many times, in the absence of anything else to blame, I took what I had been taught and I simply blamed myself.

For years, I stayed as far away from the words “bipolar disorder” as I could. I never claimed my diagnosis for very long and I smirked when people called me by those words in such simpering and paternalistic tones.

“It’s your chemicals, Faith. You’re chemicals are out of balance.” I could not stand that even my assertion that, “I am more than the sum of my chemicals.” was met with a condescending smile.

The tragedy of this is that, in denying that anything was “wrong” with me, in spite of my hospitalizations and the scars that had accumulated and the bags full of pills that piled up in the closet, I denied myself access to the people and ideas that may have helped me to see that what was “wrong” wasn’t really wrong at all.

It was years before I realized that I had missed the community that I needed most, those that thought like me and who experienced the world in a way that is similar to how I experience it. I struggled alone, because I didn’t want to be a part of anything that had to do with “mental illness,” because it had hurt me so badly, so young. For a long time, I stopped trying to make friends, because I had learned that friends made would end up being friends lost and I was tired of losing people.

In my recovery, I am finally accepting that, yes, there are certain workings in my range of experiences that are challenging, things that do make me “different.” I am also redefining what those differences are and what role they play in my life and my identity. To me, this so-called “bipolar disorder” is not a medical issue. It is a way of processing, a tendency toward certain sensitivities, a pattern than rises and falls, and which I now understand. My divergence from the bell curve of normalcy makes me who I am and I am committed to living well here at the outer edges, on the liminar coast, with the ocean wild and the skies broad before me.

Because I think in pictures, I have seen myself walking away from the straight-lined streets of the cities that hold all those dull square rooms that held me under man-made light and told me what I appeared to be. Here, on the beach in my mind, I stand in the wind and my feet are wet, I let the clouds come and I let them blow away. Here, on these shifting sands, I forgive myself for trying to fit into worlds that I never belonged in, and for hurting myself in those efforts. I didn’t realize I had a choice, that there was a space in between.

Now, I know that there is such a space. I call it home.

3 thoughts on “My Mad Recovery”