There is no great reason for you to read this now. It’s not particularly urgent (or immediately relevant).

Hope your Tuesday was good!

Just this afternoon, I sent myself a note on twitter that was simply, “It just occurred to me that all the right people might get the right ideas at the right time.” It was a nice thought to have, that perhaps the mechanisms of realization might create some fine grounds upon which real and lasting change may begin to arise. Though really there is no great change…things have been rising and falling for centuries.Why should we think it is any different now? Do we think we are immune to the patterns that make history? 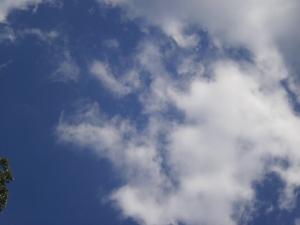 …that sort of thinking is an important component in facilitating boardroom discussions about conflict between one’s role and one’s values, which is really a very important element in weakening the chokehold of the medical model (and other corporate atrocities) – by eroding investments (both in belief and in funding and in participation on behalf of those working within those dysfunctional systems)…and then, with increasing pressure from a strangled and bledeconomy, leading to fragmented grinding halt, the systems will change.  Families can become some of the strongest advocates for recovery-oriented services.

This is how my mind works after a day of talking to people about real life. We had a GREAT Icarus/mutual aid group tonight…after acouple of hours at BeLoved…and a few at the REC…with great kid time in the morning in which my son was memorizing lines for a play…

(he is really starting to love acting…because “you can do things that, as yourself, you’d never really feel okay doing. It’s fun!”…I’ve decided that I am going to begin to live with the same earnest authenticity that I put into playing Ms. Banana DeLite in the health museum’s Catholic School performance of Just Say Whoa, an original musical created by museum employees, to educate school children about the dangers of tobacco and media. I also played the roles of Cowgirl, and Ms. Media herself, “(chilling hoity-toity Cruella DeVille voice) I’m Mzz. Media and I’d love to tell you about a product…you do like products, don’t you?” something to that effect.)

The whole thing was supremely subversive, with a lot of dancing and singing with school children afterward, who treated you as if you were a star. What a cool job that was…I think that it really was with the acting (I also played a dinosaur and an expert on all manner of things…from countertop chemistry to the human reproductive system, except when I taught those sex ed. classes, I was just the “Educator,” and I was basically myself, but with more assertively charismatic attention holding skills, like wearing red boots and waving my hands (tattooed as they are) about to indicate all sorts of relationships between time and space and human beings.

(These are things I like to do and so it wasn’t exactly play-acting. I think we really only disservice ourselves in “inauthenticity” if we are doing something we don’t like or that hurts us. If we are emphasizing certain modes of interaction or expression, and we feel genuinely at ease and empowered and generally competent, aren’t we just exercising some attribute of ourselves. Real fakes don’t ever have any fun. Besides, there is the age old question of amateur postmodernists:

If you love your life and feel lucky to be alive, chances are good that you are being yourself. If one’s core doesn’t change, if one’s autonomic integrity is intact, meaning not “going along with the crowd,” i.e. complaining or gossiping when you don’t want to complain or gossip, doing things you don’t believe in, etc. …you can go anywhere and still be totally yourself, if you figure out how to be yourself well and utilize aspects of dynamic capacity. <~ dynamic capacity can mean whatever you want it to.)

“How many of you have some characteristic that nobody else in your known relations has?”

I was sensitive to the fact that not all kids have”known” relations, but the isolation in relationship to the questioning was conceivably countered, very quickly…with the following:

(Invariably, there were a few kids whose hands shot up, and they were always super excited to tell everyone what they had that nobody else in their family had. This was always fun, even with eighth graders – who were still young enough to get excited by some interesting fact about someone else’s life that might be peculiar or even, perhaps, what…gross? Deformed? Freakish? I’m sitting here and trying to think about words for different that don’t imply some sort of wrongness. There aren’t many, but there are a few. Variance is a nice word, as it just establishes distance from the norm, the outer edge of the bell curve, or the outer rings of a spiral, depending on whether or not you are viewing the bellcurve straight-on or from above. )

Some kids could play the piano. Some were double-jointed.Some had red hair, some were tall in a family of short people.

So, even the kids who had no known relatives were assured oftheir inevitable relation to some really special people.

(I think it was probably, before the acting, the teaching that began to make me more true to myself, that began to tell me what I loved and what I was good at. Before that it was the mentoring.  Before that some really great friends.  I’ve always had friends. Only for a few months here and there did I have no friends. I might not have been in touch with them.They might not have even been speaking to me. Nor I them. I still knew they were out there, though. They usually showed up from out of nowhere, just in time. )

I really do make some leaps, but it’s all connected…a constant dance between micro and macro and back again. Here I am, sitting at the computer and it’s getting cold and a train is going by.  I grew up by trains. I have never lived in any house that was outside of earshot of a train. Ever.

That makes me happy.

I hope you have a great evening.

Note on Conjecture and the Failure of the Systems: I am not convinced that anything will happen, I just like to think about how things might happen…in a world that made any sense at all.  I keep reading all these words about it being an “endless struggle,” and how it is going to be such a “long haul”…and, yeah,time can seem slow. However, it is not solely up to us (whomever we may be) to transform the systems. I understand how and why things are as entrenched as they are. However, it is important to recognize that there are other forces at work here and that, it’s true, sometimes systems spontaneously break – all sorts of systems, mitochondrial, circulatory, plumbing, electrical, financial, mental health, ideas, funding…and so and so forth…things break, and sometimes they erode…

I have studied a lot of trees that have fallen into theriver. If you live in a place long enough, you begin to see that the roots don’t hold onto the bank forever. Wind, water, tides.  The banks that the house I grew up have eroded approximately 6 feet over the course of my lifetime. The piece of land we called “The Point,” where I first learned to watch skies and where I saw Halley’s comet and a rocket launch from Cape Canaveral and ten thousand thunderstorms and sunrises and sunsets…that piece of land is gone. It turned into the river.

I clearly needed to write a bit tonight. It is part of my mindful orientation process, of being present right now. (…thinking about the other things I have to do, but thankful for the little jaunt into gestalt. I always feel grateful and hopeful when I let myself think. It’s a deeply emotional experience. Sometimes, when I think that I’m thinking, I’m probably really praying. When the thought occurred to me about all the right people and all the right ideas, I knew how such a thing might happen. It’s a big, beautiful science of current and story.)