Reinstating the True Meaning of Myth

“In the absence of an effective general mythology, each of us his own private, unrecognized, rudimentary and yet secretly potent pantheon of dream.” pg. 1*

I came home from work thinking, “It might be nice to read on the porch.”

I haven’t read much over the past few years, though I am reading (and writing) constantly. It has been a long time since I spent an entire afternoon reading someone else’s ideas and stories. Though I have spent entire afternoons reading the ideas and stories of many other people, through email, forum, small segments of article and comment, I haven’t sat down with a book in a good long while. This is not to say that I am glad of this fact. In fact, there are many very important books that I must read, books that could literally change my life and enable me to do whatever I want or need to do in this world. Sometimes simply by unlocking some small facet of notion or perspective, offering a fragment of fact that holds some vast world of ideas and sense together.

I have encountered many such “small” facts in my life. Many of them have to do with patterns in nature and similarity in story. An example of such a fact is that all bubbles join with one another at a 120 degree angle, forming internal hexagons en masse. The bubbles conjoin in such a way because of the laws of physics.

When I learned this, I realized I had known it all along.

I had observed it many times. In looking at bubbles because I found them to be pretty, I had noticed the way that round things join in a way that causes them to lose their roundness. They become a different shape, and they always become the same shape. They cannot be a different shape.

The moment I learned that fact, from my father (who really has taught me a great deal about nature), all sorts of hexagons surfaced in my mind…snakeskins, beeswax, turtle shells, geodesic domes. Something made profound sense to me in that moment. Things were suddenly not chaotic, but rather quite orderly.

I read a few sentences in a few books about patterns and nature and the world became a different place entirely.

So, yes, there are books I need to be reading. One of them is *Joseph Campbell’s The Hero With a Thousand Faces. Tonight, I went out to the car and I got the book out of trunk, where it had been riding since we went to the beach last month. I had intended to read some there, but I didn’t.

I came out to the porch tonight with two books in hand, one of the was Derrick Jensen’s The Culture of Make Believe and the other was the Campbell book. Both are books that were given to me by friends, who said: “You need to read this book.” I trust that and really do intend to read them.

This is what happened:

I chose Campbell. I had read some of it, in bits and pieces, but I decided to start back at the prologue.

About a 1/2 page in, it hit me. Myth used to mean something else. Now, in the western world, it means a story that is not true intended to illustrate something about the world or it’s ways. Actually, no – that was more an early mid-20th century meaning of myth. The current meaning of myth is akin to an outright lie put forth in follied or malfeasant interest. Though some do still appreciate the sanctity of myth, the word still basically just means stories of variable worth.

When I read Campbell’s use of the word myth, I realized that he seemed to be talking about something else entirely, not the stories, but the force by which the stories are created. The stories are the expression of myth.

“…the very dreams that blister sleep boil up from the basic, magic ring of myth.” pg. 1

Campbell’s poetic observations of the mechanics of myth offer ample evidence of an inspired universal metanarrative.

“: it will always be the one, shape-shifting and yet marvelously constant story that we find, together with a challengingly persistent suggestion of more remaining to be experienced than will ever be known or told.” pg. 1

Myth rises up in waves, pushing its way through the conscious in voices and pictures, stories straining to capture or holding in perfection some eternal code of symbol and meaning that tells us how the world works in the simplest ways. 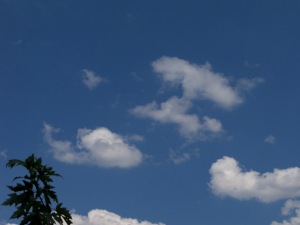 The origin of myth is the universe itself and that we are merely interpreting within our dreams. In those interpretations, myth is nurtured or faces its demise or distortion. Thus, myth comes not from the world and not from us, but from us interpreting the stories of the world.

“It would not be too much to say that myth is the secret opening through which the inexhaustible energies of the cosmos pour themselves into the human cultural manifestation.” pg. 1

This is no big news. I mean, most of the oldest myths go so far as to indicate that the story itself was a gift from the universe.

What if myth is God, as opposed to God being a myth? 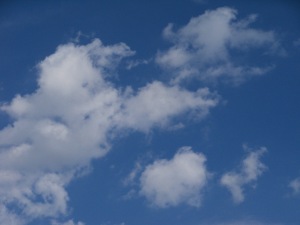 The best thing about having said too much is that then one can say more and, if you’ve really said too much, it just doesn’t even matter that much anymore. It’s very freeing.

This is the beauty and danger of crossing lines. Once you’ve crossed them, they really don’t exist in the same way anymore. So, I try to pay close attention to the lines I’m holiding. 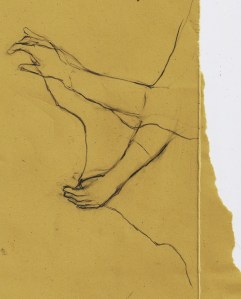 Here’s an update on the NAMI encounter:

I am already working on a number of different strategies, schemes, and initiatives to erode the medical model. Whenever I feel outraged or confused, I formulate solutions.

All in due time…

One thought on “Reinstating the True Meaning of Myth”