I haven’t talked about God lately. I haven’t even talked much about the universe. Instead, I have been talking about Providence, which might be my new name for God.

It is a word that is more than nominal. Providence denotes an action, an event. 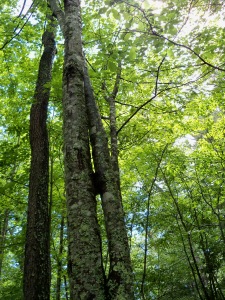 I asked someone once if art can be separated from the artist.
Providence is art. It is storytelling. Stories, in classic catalytic theme and the spurs of detail, make things happen.

So, who’s telling the story…or does the story tell itself? Do we ourselves, in what we make of it, shape the outcomes?

Do we forge its potential finely or do we burn up the pages in protest?

The events of Providence are wrought by both the most true yearnings of our hearts, that specied wistfulness and the quiet loneliness of trying to find where we might need to be in the world, and by the much bigger yearning, the pull of instinct to create and respond, to move forward, to find ease.

There is some folly in it all, some play. You can understand some of how the world works, but there is infinite mystery in how these workings show themselves.

Sometimes things must be broken in the process of making art, so that they can be set just right and fit together in ways that the old forms refused to hold.
Any artist will tell you this.

Providence
If you asked me to explain
why I believe in Providence,
these are the things
I could hold up as proof:

I’d make a list of the letters in your name, fever blisters, fluorescent lights, dead uncles, and black bunnies.

I won’t ever speak your name
…unless you want me to.

that every single one
tells this story

He had a blue shirt on when I saw him again.

It was the same
two colors blue
as the curtain in the picture
that was sent to me, light and dark.

…and did I mention
that we all eventually
get what we want?

I think I did.

It makes sense
that I’d want the one

the time to hold me

…since I can only hold so much myself.

Tonight, walking alone
I saw a man
that I once would have sworn
quietly and secretly in the middle of the night
was kin to Isaiah.
He laughed at the look
of his uniform
with its arches
and talked about learning to drive
the big rigs
and he showed me the scar
on his arm
where the skin showed through pink
just like a little baby’s
and we didn’t talk at all
about how his 6th child was killed

…and then I walked away, because that’s what Providence does,

Here is a copy/paste of a segment of another post, addressing another aspect of Providence, which is…

What is fuckery? It’s a force in the world that confuses, distracts and distresses. It is experienced in a highly personal and subjective way, creating turmoil and chaos out of thin air, distorting feeling and perception and priority, obscuring reason and tugging us into despair, doubt, fear, and loathing.

No, those things are tragedy, which is another type of event entirely.

I have begun to think about fuckery as being undermining forces, anti-catalytic mechanisms drawn into our lives as a means to counter or thwart our most golden intentions…whatever those may be.

Fuckery may also conceivably be brought about by geomagnetic storms or metaphysical phenomenon which impair communication and impact our feelings by slightly altering our experienced consciousness via slight alteration of our electrical/energetic states, impacting our ability to discern reality, making us fumble our grips and forget so many small things, generally causing human chaos, sometimes with lasting consequences. 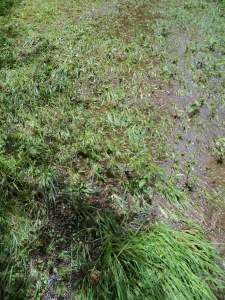 Note:  Remember that I wanted to write an essay about Providence as a reparative force, the oft-misdirected instinct to do the right thing, and the way that, somehow, the world seems to know exactly what we need…even when we don’t…and how we all have a purpose in these workings, written by what is most true in our hearts…which, in the end and try as we may, we can never live down or forget.